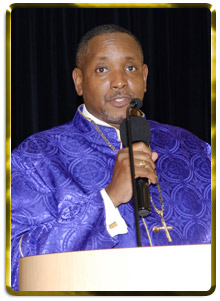 After being discharged from the Navy, Elder Young had the opportunity to operate in the many facets of church leadership for over 20+ years.  This helped him to establish his administrative skills and set sight on the ministry God called him to.  On October 12, 2003, he became the Pastor and Founder of Sovereign Ministries of the Apostolic Faith, Inc. in Washington, DC.  Sovereign Ministries is a ministry of reconciliation.  It assists with the growth of individuals through the sovereign power of God’s Word and the leading of the Holy Spirit that one might come into the full knowledge and relationship with Jesus Christ.
Pastor Young has fellowshipped in the suffering of Christ as there have been many tests of faith.  God manifested his powers through the healing miracles in Elder Young’s life.  He was sick almost unto death, but he did not waiver in faith but stood on the Word of the living God and was supernaturally healed.  How fitting that the clarion call and motto of Sovereign Ministries of the Apostolic Faith is …”with man this is impossible, but with God all things are possible.’ Matthew 19:26.
Elder Dr. Young studied and showed himself approved.  He is credentialed by degree and approved by the Lord.  In 1999, he received his Bachelors degree in Religious Education, and in 2002, his Doctorate of Science in Mastering Pastoral Counseling both from the Apostolic World Christian University.
Married to the love of his life, First Lady Corino Young, the two have one daughter, Coresa Rhema Young.  Dr. Keith D. Young, called, equipped, anointed and set as a Watchman on the wall. 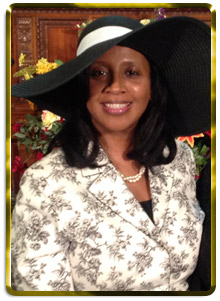 First Lady Young (FLY) is co-laborer with her husband assisting in several areas of the ministry.  A radical praise and worshipper, Lady Young has had an earnest love for the ministry since she was a child having received the gift of the Holy Ghost at the young age of 9 years old.  Highly anointed with the gift of healing and deliverance, she is drawn to those who are stricken and afflicted and in need of a miracle.  Born and reared in the Pentecostal Assemblies of the World and C.O.O.L.J.C. organizations, she has always been in the midst of powerful and anointed teaching and preaching and witnessing the hand of God move among His people.  As a result, she is fully persuaded that, what he had promised, he was able also to perform.
Prior to Sovereign Ministries, Lady Young worked in several capacities of the ministry as a Missionary, Children’s Church Director, Minister and Deacon Wives Guild, Women’s Council leader, Retreat Speaker, Desktop Publisher/Designer and Marriage Counselor with her husband.  She is President of Sovereign Ministries’ Women of Fragrance Ministry and was a Co-Host with her husband on the Sovereign Way Radio Broadcast that aired on WYCB Spirit 1340 AM in Washington, DC.
Since moving to Washington, DC, Lady Young has been employed professionally by one of the top 4 Accounting firms for the past 26 years.  She volunteers at area shelters and organizations that supports disadvantaged women and military personnel.  An honor graduate of the former Atlanta College of Business, Lady Young has also studied at George Washington University. 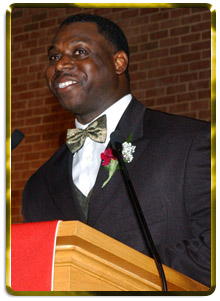 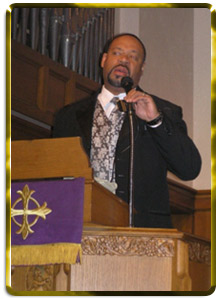 Chairman Of The Board
Deacon Ronald Nero 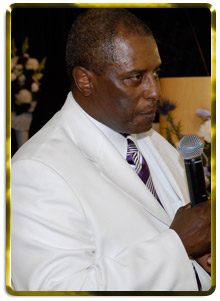